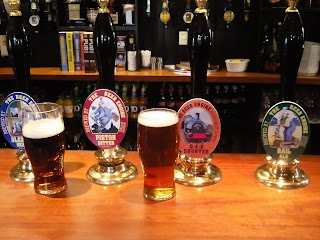 After a difficult week involving the tragic loss of a good friend I really needed to get away from it all and cheer myself up. So, Sid and I planned a little adventure in Cappo (my little red Suzuki Cappucino). We decided to be fooled by the blue sky and sunshine and take the roof off the car and leave it at home whilst we set off to Darts Farm via Elvira's for breakfast and then a cross-Dartmoor route via Princetown, Postbridge and Bovey Tracey.
The drive out was absolutely amazing, the autumnal colours of Dartmoor were striking against the perfect, blue, cloudless sky. The roads were fairly empty and the thrill of the cross-country drive and the fresh air racing through my lungs made it thoroughly invigorating. My husband and I were enjoying ourselves until we hit the A38 at Bovey Tracy heading towards Exeter, the fresh air turned to icy cold wind pummelling our faces and turning my ears into small blocks of ice, we suddenly realised why people driving old, convertible sports car wear such strange attire - to stop them from freezing to death! I suddenly had a desire for Thermal underwear, leather hats and goggles! 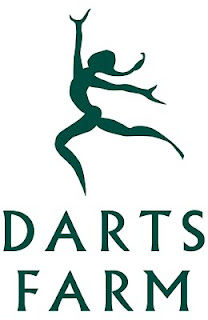 Despite the cold we made it to Dart's farm in one piece and started to thaw out as we wandered around the shopping centre. Dart's Farm is an in interesting mix of amazing local produce, beautiful homeware, cute kids clothes and overpriced novelties. Be advised to shop very carefully at this place and look very closely at the prices! I had already decided I needed some more Earl Grey teabags so I picked up a small box of Cornish Tea and checked the price tag, realising the ticket must have been misprinted I replace the box and tried the adjacent packet. I started to giggle, probably in shock, as I called Sid over and asked him to guess the price of the teabags. "£5" he joked, "No, £8.99" I replied. £8.99 for 25 teabags from Cornwall! I am sure the teabags were nice but surely £8.99 for 25 teabags is a little steep? I even checked the ingredients to see if they were infused with gold or platinum but they weren't. So, as you have probably guessed, the Earl grey did not make it into my final list of purchases!

I did manage to get some lovely fresh, local, seasonal veg including Green and Purple Kale, Broccoli, and Brussel Sprouts, I also managed to find some delicious Wholemeal Bread, Salmon & Broccoli Quiche, Stilton & Guinness Pate and a selection of eggs from local farms. It was now time to venture back onto the road and face the cold winds again.


Deciding to take the scenic route again we ventured through Exeter City Centre to Quickes Traditional Farm to purchase some cheese; Mature Cheddar and ripe, stinking Jersey Brie we also bought a pint of the most gorgeous tasting milk I have ever tried, I think we may be returning to Quickes again in the very near future! 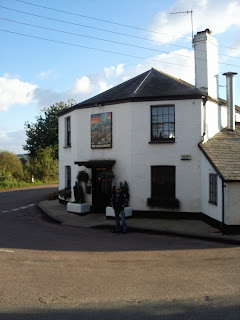 Within a mile of Quickes Farm we found another little gem in the form of the Beer Engine. The Beer Engine (pictured above) is a traditional family owned pub and brewery and all their ales (pictured at top of this blog) are brewed on site. The pub has a lovely looking menu and a great beer garden. I would highly recommend a visit!


So, it was time to head for home, I tried to stay on the country lanes for a while and then reluctantly headed for the A38 as the sun started to set and the cold increased its intensity. We didn't even get as far as Newton Abbot before I noticed my husband has stopped moving, I couldn't speak to him as the wind turbulence was deafening, I touched his leg but it was as cold as stone, fearing him dead I gave him a little prod and saw his eyes move behind his sunglasses, his hands were hidden beneath his jumper and his hood was tied closely around is face. My predicament was not much better, the 2 jackets were helping but my ears were in danger of dropping of and my fingerless gloves seemed completely unable to retain any heat.


I resorted to uncontrollable laughter as I caught the faces of the passers by who were also laughing at the two of us in our strange attire, Sid just resorted to pretending to be dead as he told me later that any movement resulted in cold air finding further ways of invading his body.


We finally made it home where it took Sid nearly 20 minutes to get out of the car, he then remained in front of the fire for a further 20 minutes before he was able to regain the use of his hands. It was a truly fabulous adventure and I have not laughed so much in ages. I can't wait till the next one. 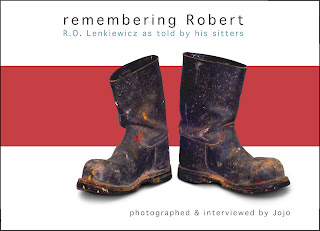 Before I sign off for today I wanted to say what a fabulous time I had on Thursday evening at Jojo's book launch, the evening was a very sophisticated affair set within the stunning surroundings of the Gin Distillery and it's gorgeous vaulted ceilings. The evening was a chance to catch up with old friends including Local artist Brian Pollard and his wife Jane, Cathy Macabe, who was topless and being painted by another local artist, Jojo's lovely wife Mary and son Milo and other familiar faces. A thoroughly enjoyable evening seemed to be had by all. To order your copy of Jojo's book that celebrates the life of Robert Lenkiewicz through the eyes of his sitters just click here.


Loads more news to follow and don't forget that next week is the Bristol Heats of the PoleDivas Championships, I will be there as I am judging.

Nice story Sam. I can't wait to take Liz on a journey through Dartmoor on the back of my Vespa - I'm getting one as soon as my knee gets back to normal.