Motorway madness and other random stuff 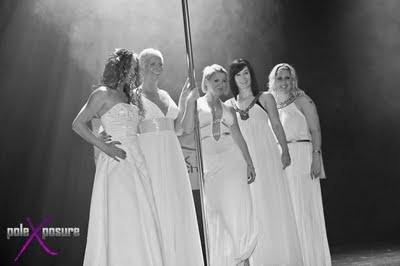 picture above of myself, Pippa Caesar, Deb Riley, Karen Chaundy and Aimee Lawson at the UKPAC 2011. Photograph courtesy of Pole Xposure.
After a 7.5 hour journey from Plymouth to Bradford on Friday 2nd September followed by a 1 hour journey from Bradford to Bolton and a 1 hour return journey from Bolton to Bradford on the Saturday then another hour long Bradford to Bolton run finished with a 5.5 hour Bolton to Plymouth drive on Sunday neither myself nor my husband are missing the motorway. Our trip was not in vain as I was judging at the United Kingdom Pole Artistes Championships organised by JLN Fitness and it was a fabulous night. I will link to the review of the event once it is published.


To kill the monotony of the motorway slug my husband and I have an A-Z game to keep us amused for part of the journey, it started a few years ago in a more simplistic form, one of us picks a subject e.g. colours and then the person who picks the subject picks a colour for the letter 'A' e.g. amber and then the second person picks a colour for 'B' e.g. brown and so on....

As the game has evolved we have covered more interesting subjects having tired of the traditional ones like colours, flowers, girl's names etc. More recent topics have included diseases, things relating to death, crime and body parts (my husband always seems to focus on genitalia). I think I picked the best A-Z game when I chose an A-Z of things you can both see e.g 'A' for Astra if one happens to be in view at the time.

Now the PDC Syllabus has expanded we had to do an A-Z of pole moves, unbelievably I lost the game as I ended on the letter 'Z' and couldn't thing of a move beginning with the letter Z - of you know one please let me know so I can win future games!!

On the subject of pole I had the opportunity to witness some classic pole language at the Pole Jam at JLN on Sunday 4th September, the conversation between several people, some of whom were hanging upside down at the time as you do, went something like this:

"What's it called?"
"I think it is a pendulum or half moon"
"Do you use classic grip or cup grip?"
"Generally cup grip I think although for the other variation I use twisted grip"
"What about the Scorpio walkover?"
"Kind of twisted grip but with the shoulder blade on the pole and the head down"
"Which leg do you kick with?"
"Not sure?" (person then attempts the move to see which leg they kick with)"
"How do you do the toothbrush?"
"The what?"
"Do you mean the side tabletop?"
"No the grip is different I think more like a cradle?"
"You mean a tuck?"

The conversation continued from there but made me chuckle as anyone who doesn't pole would wonder what on earth we were all talking about!

Anyway back to the motorway tales, aside from our A-Z game I have to note the best ice cream van I have ever seen; it was a purple and green vehicle with the name "Ices with Attitude" and in true ice cream van style it had a safety logo on the back to warn drivers about the risk of children running into the road, it read "Don't skid on a Kid!" 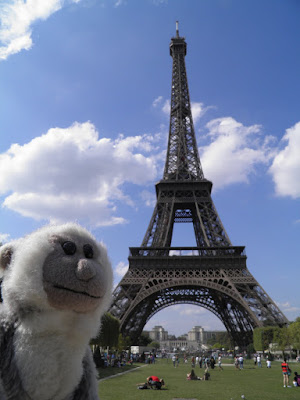 The weekend was remarkably lacking someone as Brian was in Paris, you can see more of his Paris antics on his facebook page.

I will keep it brief today as I have another long slog tomorrow to London and back for the on-line judging of the United Kingdom Professional Pole Championships which should be very exciting despite the arduous train journey (Plymouth needs more transport links!!).

I will follow up my Plymouth Pay Protest very soon and have a much needed whinge at Plymouth City Council.

Sam x
Posted by sam@theartofdance.co.uk at 03:57