Plymouth is going to the dogs! 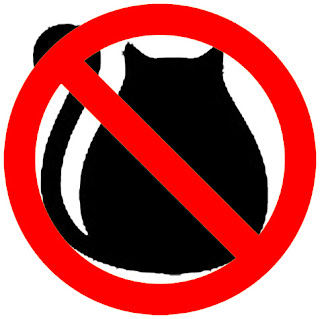 On Thursday evening I came across another example of how Plymouth City Council is failing us; I was driving home from work when I spotted a dog standing outside a closed shop, there was no sign of an owner and so I decided to stop to see if the dog was OK. As I approached the dog it started to bare its teeth and growl so I backed off. A family were also approaching with a pushchair and 2 small children, the dog again become agitated so I waited for a while to warn others to cross the road and avoid antagonising the dog, to be honest I was worried it may attack someone. A young girl approached claiming that the dog had attacked before.


Firstly I phoned the police non emergency number (08452 777444) who informed me that this was a council issue and that I needed to call the dog warden. I called PCC only to be told that the dog warden now works from 9am till 5pm and that if I left a message someone would get back to me the next day. Bear in mind this was 8pm in the evening and the dog was getting increasingly agitated. By now a few other people had approached to offer to try to help, one other lady again tried to approach the dog nearly resulting in an attack.

The RSPCA were called but could not help as the dog was not injured, the local animal rescue centres were all shut so basically we were expected to leave the animal. No one could help and eventually I left the dog with another couple who took over my vigil.

To me this is another example of P.C.C cutting essential services whilst refusing to make cuts at higher level. As I have said before a pay freeze for senior officers is simply not enough, they should be taking cuts like the rest of us. I have asked the council if they would consider taking pay cuts at higher level but have been told that they would not consider doing so. Here is the response I received from Richard Longcroft:

"If local government is to attract and retain the right calibre of people to lead large and complex organisations at times of great change, it needs to pay appropriate salaries.

Plymouth City Council has seen very significant improvements in its performance over the last few years and the strength of its leadership and senior management has been recognised in inspection reports by independent local government watchdogs such as the Audit Commission.

As far as I am aware, no public sector organisations have capped pay in the way you are suggesting. The City Council has no plans to do so at present, though I cannot speak on behalf of elected members or say what they may decide in the future..


This is something we are seeing right across the country; fat cat culture with the rich getting richer and the divide between rich and poor increasing. In the week when we are talking about more NHS cuts I see RBS bosses receiving further bonuses. In Plymouth we have seen lavish dinners provided for senior council officers after events such as Lord Mayor's Day whilst we see Whitleigh Nursery shut resulting in 15 redundancies and the loss of child care provision for many families, the knock on for some mothers means they will also lose their jobs as they can't find or afford alternative childcare.

We have seen another example in Plymouth of fat cat culture with the recent Argyle administration where those at the bottom end of the pay scale have finally quit after months without full pay whilst higher management have continued to receive full pay.

In this week premiership footballers have been given pay increases yet child poverty has continued to rise - where exactly are our priorities? If you didn't see it check out the BBC documentary 'Poor kids'.

How much more can we be squeezed? How much is left to squeeze and what can we do? Answers please.....

Stay Healthy (if you can afford to),

Sam x
Posted by sam@theartofdance.co.uk at 04:00