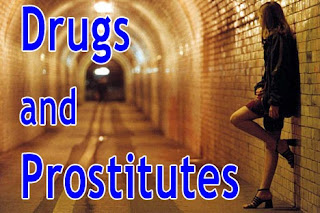 I read an interesting article on the Herald a few months ago where columnist Keith Rossiter discussed his views on the legislation of illegal drugs, it is a viewpoint that I completely agreed with and my liberal views also extend to the legalisation of prostitution. My views are not shared by all so I was particularly interested in a debate by the Plymouth Humanists on the subject of Liberty held last Thursday at Raffles. 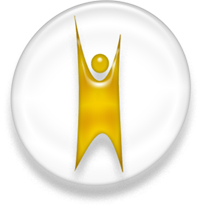 Guest Speaker Keith Denby from the Devon Humanists kicked of the debate with a speech about John S Mill, a well known historical figure famous for his views on liberty and for his book, that has never been out of circulation since its publication in 1859, On Liberty. The talk was then followed by a lively debate focusing on legislation, human rights and mainly drugs and prostitution.
Generally the main point of disagreement was where we draw the line on our own personal human rights and the rights of those around us. Is the right of the wider human society more important than the individual and do we need excessive legislation to protect such rights. For example, if someone chooses to smoke cannabis in the privacy of their own home and they cause no harm to anyone else should that be illegal and do we as a wider society benefit from attempts to enforce such legislation.
The point that Keith Denby had raised was that the actual act of taking a drug should not be the punishable offence, the offence would be any negative behaviour displayed by the individual that caused harm or offence to another. This links in to modern law in the sense that it is not illegal to drink alcohol but there are laws against being drunk and disorderly and drink driving as they cause harm to others.
For me the biggest problem with the prohibition of drugs and prostitution is the creation of an uncontrolled black market; one gentleman quoted statistics proving that taking soft drugs usually led to involvement with harder drugs. I argued that this may be partly due to the black market where an individual buying drugs may be more likely to be introduced to other drugs or more likely to meet users of harder drugs. The black market prevents education and denies the government the opportunity to earn much needed revenue for the country.
Another issue with illegal dugs is that we create a taboo which may make it more exciting for youngsters to take drugs, this has been partly proven in studies in Holland where school children were reported to say that they did not take cannabis as it was not cool.
As the evening progressed and the alcohol started to flow the debate become even more lively and we moved onto prostitution which I strongly believe should be legalised. We are never going to stop prostitution and I don't believe we should be attempting to do so. We do have a moral responsibility to protect the vulnerable who are involved in the darker side of prostitution and sex trafficking and though legislation I feel we would have far more chance of doing so.  It was funny to see the reactions of the group as they were asked to put their hands up if they had ever used the services of a prostitute, people were much happier to divulge if they and taken drugs and I laughed as a few guys started to raise their hands, look around to see if others were going to do so and then lower their hand again as they decided not to publicise their activities.
I know that today's blog contains huge topics that deserve more than a mere page of ranting from me but I am interested in your views and would love to hear your comments. Perhaps I can do a follow up blog in a few weeks to discuss and share your comments? 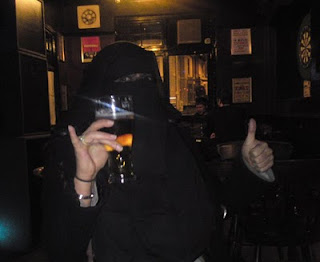 Before I sign off for today I have one more controversial topic to discuss - the burqa, hijab or niqab. I wanted to mention that I bought a niqab for my husband (as you do!) and we, and some of our friends, have been experimenting with wearing it. The experiment has been partly about observing peoples reactions to the headwear and partly about the experience of actually wearing it. Whilst I understand that some would argue that it is their choice to wear the niqab I cannot personally understand how the full burqa can be worn without serious discomfort; I felt that my breathing was restricted and my vision was also limited which made me feel very vulnerable, it is also extremely difficult and undignified to try to eat or drink whist wearing it.  One lady was close to tears as she said that the head-dress really upset her as she felt it was a direct attack on women's rights. I will report more on the experiment  and others reactions very soon.......
Stay Healthy,
Sam x
Posted by sam@theartofdance.co.uk at 08:22

I agree wholeheartedly that the burqa and even the hijab (headscarf) are blatantly mysogynistic. As a Western woman, every time I see someone wearing these outfits in my country I feel that the Suffragettes, and others like them, must be turning in their graves. To allow women to be treated with such disrespect, and inequality, as objects to be 'owned', in modern Britain is a disgrace. I am extremely offended and appalled that we as a society think this is an acceptable way to treat any human being.

This article was extremely interesting, especially since I was searching for thoughts on this subject last Thursday.

I am a 20-year Muslim female, as well as a Canadian citizen. I wear the niqaab whenever I leave the house, on my own accord, and unlike you, I don't have a husband to wear it for as you claim that it's something you "do". Again, like you said, you were experimenting wearing the niqaab, thus you have very little to no knowledge/experience on what materials to choose and what style would be comfortable for you. The onea I wear are comfortable, very breathable, and overall beautiful and classy.