Policing & Crime Bill? Who is it actually helping? 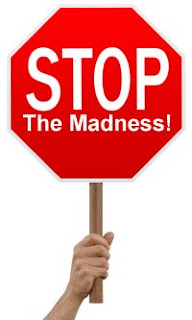 Before I get on to the main subject of today's blog I want to point out that I have far from forgotten my previous post on pole dancing competitions and I will address all the comments I have received both on this blog and via e-mail and facebook very soon. However, something came to my attention in the last few days that I felt I had to blog about.

In light of the recent MP's expenses, and a growing lack of confidence in the government from the general public, I was unsurprised by an official government response to the recent 'Save Burlesque petition' posted on the Number 10 website. You can view the actual petition by clicking here. Here is the original petition request;

“We the undersigned petition the Prime Minister to make an amendment to the “Policing and Crime Bill 2008-2009” Section 25 to exclude any public performance or performance art from the act that involves the removal of clothing that does not result in nudity as laid out in Section 25 and to exclude it from classification under the Sexual Encounter Entertainment License.”

“Under Section 25 of the proposed “Policing and Crime Bill 2008-2009” Burlesque will potentially be eradicated due to the requirement of a “Sexual Encounter Entertainment License” even though there is no nudity in burlesque (as described in section 25) it has been stated by certain boroughs already that the element of the removal of part of you clothing constitutes as stripping and therefore requires a license, although you are able to appear in front of an audience partially clothed you are not allowed to remove any item of clothing in front of an audience in order to achieve this state without the aforementioned license. We would like this loop hole in the act removed to ensure that performances that involve the removal of part of your clothing and do not result in nudity will not require licensing.”

It all seems fair enough you may think but check out the response from Downing street;


"Thank you for your e-Petition dated 6 May 2009 about the introduction of Clause 26 of the Policing and Crime Bill, and its impact on ‘burlesque’ performances.

Clause 26 of the Policing and Crime Bill introduces a new category of sex establishment under Schedule 3 to the Local Government (Miscellaneous Provisions) Act 1982 called ‘sex encounter venue’. The purpose of these provisions is to give local people a greater say over the number and location of lap dancing clubs and similar venues in their area.

Whether or not a venue will require a new licence will depend on the nature of the entertainment provided. Only venues who offer a live performances or live display of nudity, “which is of such a nature that it must be reasonably assumed to be provided solely or principally for the purpose of sexually stimulating any member of the audience”, will need to apply for a sex establishment licence. Therefore, as long as a ‘burlesque’ performance does not fit this definition a new licence will not be required. There is also an exemption for infrequent events.

The Government believe this is the correct approach to ensure the measures are properly targeted and address the real concerns of local communities."

Once again the new laws brought in seem so vague that surely they will be un-enforceable? To argue whether a performance may be sexually stimulating or not is a difficult one. Burlesque acts certainly fit the bill as 'live performances' and of course they may also feature removal of clothing or some degree of semi nudity but does that mean they sexually stimulate and does it matter if they do? Whatever happened to the idea of consenting adults? The problem is where to draw the line. One could watch Strictly come dancing and enjoy the rather skimpy outfits worn by many of the dancers but I am sure that the BBC will not be required to gain a sex encounter license for it to be able to have a live audience!

I think my main concern is what exactly the new bill aims to achieve and what the long term implications are? Surely local councils already have the power to prevent new lap dancing clubs opening should they wish to do so. What impact will the new bill have on the girls working in lap dancing clubs? How will they feel about their new label as a sex workers? Whilst many lap dancers may be providing more than just a lap dance is it fair to tar all girls with the same brush? Once the sexual encounter license are in place will that then encourage more sexual activity? Would a tourist visiting a lap dancing club see a sexual encounter license on display and therefore assume that a full sexual experience was on offer?

On doing some further research yesterday I found out that a sexual encounter license could cost each premises about £30,000 per year. This cost would no doubt be taken directly from the girls who work in the clubs through increased house fees and commissions. The result of this could mean that the girls actually earn less as more of their money has to go back to the club owner so he could pay the license fee. The knock on effect of this could be that the girls then feel more obliged to do 'extras' to boost their decreased income, they may also feel that as they are already labelled as sex workers they may as well work to description!  So it is quite possible that one of the results of the sexual encounter license will be an increase in sexual activity within lap dancing clubs so well done all you MP's who voted this bill in, you have now created a bill which seems totally useless and will help no one. What makes the whole situation worse is that most of the MP's involved with putting the new crime bill into place and supporting the idea of a sexual encounter license have never stopped foot in a lap dancing club.


You may wonder why I am worried about this bill at all as I am not a lap dancer or a lap dance club owner but I am worried about the wording of the bill as are many Burlesque artists. Guidance from Equity suggests that if I do more than 12 public pole dancing exhibitions per year I may have to apply for a sexual encounter license as I am performing in a semi nude fashion which may sexually stimulate!  Having worked so hard to try to improve the image of modern fitness pole dancing I don't want to slide back down the slippery slope where pole dancing is always deemed to be a pre-cursor to a sexual act.

The last line of the government response makes me laugh the most as apparently the new bill is to address the real concerns of local communities; Most people I speak to are more concerned about anti social behaviour and the antics of certain MP's than they are about a new lap dancing club popping up on their high street.

The new crime bill involves much more that just the sexual encounter license issue and has further reaching effects. Similar issues occur with new laws such designated non-drinking zones. For example if I want to sit in the park with my husband one Summer afternoon and drink a bottle of ale should that be a punishable offence, If I drink the bottle of beer then become abusive then there is a law in existence to punish me, If I throw the bottle of beer at someone there is also a law to deal with me so why I am now prevented from drinking in the park? I could carry on ranting but I will try to stop now. I just feel it would be nice if the government actually focused in issues of greater importance rather than this ridiculous crime bill which seems to benefit no one. I also wish MP's and local council would stop inventing new laws and by laws which just tie the whole system up in knots and actually seems to have a detrimental effect on us law abiding citizens and a beneficial effect for those actually committing crimes.

Sam x
Posted by sam@theartofdance.co.uk at 06:05

This 'sex encounter license' sounds to me like yet another stealth tax mixed with prudery.

Are citizens not adults who can choose what they want to do and watch?